Science yearly gives out awards for the best science images and visualizations. Here is one of this year's runners up:

This is “Visualizing the Bible” by Chris Harrison and Christoph Romhild. So they started at the left with Genesis, and put each bible verse along the white line toward the right. If any bible verse refers to a previous one, they draw a half-circle connecting them. The circles are color-coded by how far apart the verses are.

So it's very pretty, but I don't feel like I learn anything new about the Bible by looking at at, and that annoys me. Okay, so scholars have found lots of places it refers to itself, but I knew that. It seemed like you could get a lot more interesting information with this technique.
( Collapse )

insomniac_tales says:
I'd like to read about your writing process. I get to read a lot of the finished products, but I'd like to know what goes into creating them (the strange little details: do you research or do you use things you already know about?). When do you usually write? Pen and paper or keyboard (or both)? And any other little thing you can think of that relates to you and writing.

That might be the single most direct invitation to be pretentious I've ever read. :) Here is five thousand words describing, in excruciating detail, everything that went through my head while writing a thousand-word story.
( Collapse )
Skip that long mess, and vote in this poll:
Poll #1184202 And now for something completely different!

Open to: All, detailed results viewable to: All. Participants: 39

Do you agree with the author of this article (you don't have to read the article, just the title: American Kids, Dumber than Dirt) that the people who are currently in primary education are stupider or less useful than the generation of which you are a member? (If you're not American, answer for your own country)

Hawaii is what you'd get if some far-future historian read a bunch of livejournal posts written by Americans and decided to try and reconstruct this "America" place. He gets the general shapes of things right, but the details are very wrong. Right melody, wrong words.

Take policemen. Our historian knows about policemen; he saw an old documentary on China once. So when he puts policemen in his slice of America, they're the sort that wear white gloves and blow incessantly on whistles.

He fares a lot better with that strange thing called "diners". He knows they server combination plates! He can do that: spam and teriyaki fried chicken is a combination plate, right? Also pies- dobash (chocolatey thing) and haupia (coconut custard). He knows there's a side dish that comes with every single meal, but nobody actually explains what "fries" are, so in his reconstructed Americana, all the diners and fast food joints offer rice instead.

His "chips" are shrimp flavored, and he knows that there are stores selling sweet tasting "candy" to eager children, but not that "candy" isn't pickled mango with preserved plum powder (bless his ill-informed soul; that stuff is great). Birds are particularly troublesome. He reads that all the city streets are beset by 'pigeons' and 'sparrows' who travel in huge flocks and defecate on statuary, and he picks out some likely species from a genetic bank: spotted dove, zebra dove, java sparrow. 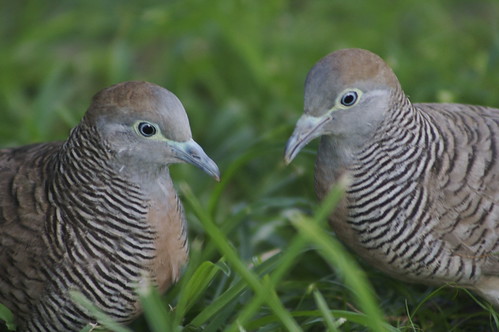 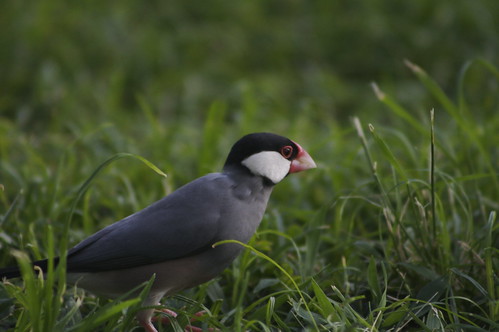 And yet, somehow every time I come back to this place, it seems a little more like home.

caladri and I applied for a spot on the Mongol Rally. The general idea there is 'start in London, get a car, drive to Mongolia, raise money for some useful cause or another'.

We didn't get a spot and were waitlisted, waaaaaay down on the list.

A couple of weeks ago, they emailed us. Did we want a spot? They'd emailed us, of course, because nobody on the waiting list wanted to drive on nonexistant, radioactive, bandit-ridden "roads" fundraising for various Mongolian charities with less than a month's notice. Of course nobody took them up on it. That would be silly.

The shuttle comes to take us to the airport in three hours.

If you would like to hear about London, Prague, Chernobyl, Ulaan Bataar, Kazakhstan, or our miserable failure to get there:

teamalala. Especially if you want to give us money. :)

There's another city here, a ghost thing laid over New Orleans like fog and carnival.

You can look at any door and see how many living, and how many dead walked there, animals and waters and flame, shadows of the city that was. You can see where the water was, the intricate stained-glass lines it scrawled on the walls. After a week here, it's all second nature, to look around and see the City That Was, that one day in August frozen here forever.

When we got here, it was Babel to us, jumbled rubble and spraypaint and sidewalks that unravel into nothing. But it's like learning to read. One day you look around and realize all those wierd black shapes mean something, amke letters and words and music; one day you look around and realize you can see the people and the light and the waters, the City That Was curled around your shoulders.

When we're clearing a house, I find myself absent-mindedly turning mirrors to the wall, like I'm not quite sure which I'd see in them, the ghost city, or the city that goes on breathing.

caladri finds a note behind a mirror, some long-forgotten prayer from the City that Was.

We're done now, and back on the road towards home. Working here was painful and uplifting by turns, transcendant and ashen.

We'll be back. You should come too.

Five minutes before the housewarming, it was an unmitigated disaster. We had trouble getting the regulator on our last-minute oxygen tank, cooking half the food we wanted to, the firebrick for the furnace had cracked, the copper ore was lost in the mail, the interplanetary magnetic field chose to deny us the auroras we'd been hoping to show our guests.

Five minutes after the housewarming, there's a line, like ducklings, of homemade misshapen shotglasses on the windowsill. The furnace is full of melted copper in knobbly coral growths (even if we don't know it yet), the whole house smells like naphtha and cryptocrystalline and corn roasted in the smelting furnace, pumpkin curry and smoke.

Pictures (of which there are very many) are by either

robogock, whose gallery is here.

If you wanted to make a shotglass and didn't because the oxygen tank ran out, consider this your free shotglass coupon. Email us and schedule a time to come do it. :)

caladri and I need to warm our (Seattle) house! Please come help us make glass beads, cook in the fireplace, make pyrex shot glasses, play with naphtha, make s'mores, (and possibly smelt copper or sinter silver, depending on interest - there are only two of us, and we do want some social time), bake fall foods, drink cider, and generally be exothermic!

A long mellow affair, starting at noon on October 21 and going into the night til we're done. Show up and leave whenever you like.

Bring your own body heat; we'll provide the rest of the entropy. :)

Open to: All, detailed results viewable to: All. Participants: 59

Will you you help us increase the entropy of the house?

Yes, and you should include me in your dinner count. I wish to increase entropy by consuming chemical energy!
13(22.0%)
Yes, but I'll get there too late or leave too early for dinner. I will only contribute entropy in the form of fire.
2(3.4%)
Maaaaaaaaaaaaaaaaaaaybe. In the true spirit of this party, my arrival is dependent on random chance.
18(30.5%)
No, I live too far away/am not available/hate you/would rather set YOU on fire.
26(44.1%)

You're welcome to bring guests. if they have livejournals, they can fill out the poll. If they haven't, please comment to let us know. We'll send out directions closer to the event; everyone lost is not the sort of chaos we're aiming for. :)

Last night I missed my bus, and had the longer-than-usual walk home, though the wildlife refuge. Sometimes the universe turns inside out, when I've been at work too long, or just long enough, perhaps. I work with structural ecologists, people trying to understand the shapes trees make. The walls in the lab are covered with pencil sketches of the spaces between trees, the soaring columns of the cathedral of wind, the fine threads of emptiness around individual leaves where sunlight curls catlike. And some nights, picking my way along the marsh, I can see empty space laid amoung the douglas fir and cedar like stained glass or silk, fractal and frond and fastness.

Very clear night, all the spaces between branches filled with stars thick as fireflies, come home to roost. There was a single wisp of cloud, a long pale bluegreen line, maybe 30 degrees of altitude, visible now and then coiling amoung the branches.

Until I noticed stars visible through it. Not a cloud. Called

caladri, asked her to check the magnetic field for me. Before she'd even answered, I'd seen it spike and arch, fan out like unfolding wings. Aurora. It looked like someone had grabbed a handful of sky and braided it- trailing green strands coiled around eachother but fading to starfleck at the edges.

(I am kind of wondering if there were black aurora defining the intricate interior edges of the lacework, given how very sharp they were. I've never seen one! It was like the trick of looking at space between trees, or that optical illusion with two people and a cup - you could flip a switch in your head and see the gaps as a seperate aurora, a clawed shimmerblack thing. Space between flame, breath.)

PS, if you were one of the people who would like a text message when there's aurora in the sky, I didn't do so because my old cellphone is dead and gone, and with it those names. Sing out if you want re-added and I have your cell #.

There have been three interesting public posts on my friends list about synaesthesia of late. (1, 2, 3), plus two interesting friends-locked ones. Far be it from me to do anything other than mindlessly follow the cool kids!

I think "synaesthesia" as the official medical definition goes is reasonably uncommon, but most people I've talked to have some strange conceptual/sensory associations - letters or numbers or sounds or colors or personality, whatever.

Tell me about it?
Collapse